A beloved barber was fatally shot in the head early Tuesday as he sat in his luxury SUV — just minutes after leaving a Queens bar repeatedly targeted by gun-toting perps, police sources said.

Zanu Simpson was found about 12:15 a.m. inside the $60,000 white BMW X5. It was parked outside the Breezes Island Grill on S. Conduit Ave. near Lansing Ave. in Rosedale, where the 32-year-old had been hanging out. He left the bar with no hint of trouble and then quickly became the victim of what sources described as a botched robbery. 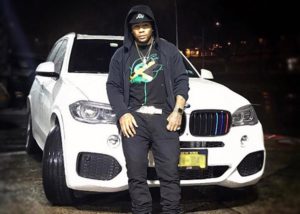 A woman who drove by the crime scene told police a man in a charcoal gray hoodie leaned into the driver’s side window of Simpson’s vehicle and repeatedly punched him. Then the witness heard a gunshot as she zoomed by.

The woman doubled back and saw Simpson slumped over in his seat. Police said the victim was shot in the head three times.

Cops found Simpson’s belongings on the street near his SUV, including a gold ring, glasses and cash. Police also found a gun believed to be the murder weapon and a live round.

The gunman ran off and was still being sought late Tuesday.

Simpson’s death came about 12 hours after he fired off a social media post with lyrics from hip-hop star Meek Mill’s “1942 Flows.”

“N—– taking shots can’t stop me,” Simpson quoted the rapper in an Instagram caption containing emojis of a gun and two bombs. “They ain’t real enough.”