“We’ve had three or four cases when the victim had flashed cash or jewelry at that bar and then, later in the night, someone had followed them outside and robbed them at gunpoint,” the source said.

The muscular, Jamaican-born Simpson, known to his friends as “Z,” was obsessed with sports as a child and graduated from Bayside High School, relatives and pals said.

Cutting hair didn’t come easily to Simpson. But he eventually joined his brother at the popular barbershop frequented by NBA star Kevin Durant and other celebrities.

“I taught him how to cut hair and at first he didn’t take to it,” Samuel Simpson said. “But eventually he got in and came into the business with me.” 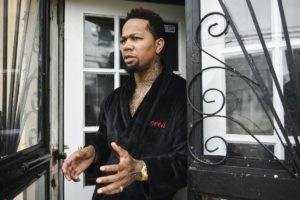 A handful of teary-eyed mourners carrying candles showed up at Strickly Skillz Tuesday morning to console each other and pay tribute to Simpson. Several women were openly weeping, speaking through choked sobs.

Customer Emily Laguerre, 51, could only think of one description for the fallen barber.

“He’s wonderful,” she said. “It’s so sad to see life taken like this.”

Simpson racked up more than 16,000 followers on Instagram, where he often posted photos of his barbershop handiwork.

“May the spineless bastard who took you have no peace for the rest of their sorry a– life,” one of his followers wrote Tuesday.